John, a native of Miami, Florida, began to follow Christ as a 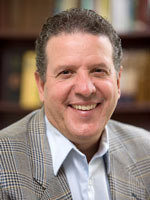 teenager. When John’s family moved across town before his freshman year in high school, they also changed churches. For the first time he met young people his age who were excited about being Christians. They had a remarkable walk with the Lord and John wanted to know Christ the way that they knew Him. John married Christy Snyder in 1985, and they have three daughters, Kimberly, Katherine and Betsy.

From 1984-1988 the Leonards served as church planters at Redlands Community Church (PCA) in Homestead, FL  where John was the assistant pastor. From 1988-1998 they served in Montpellier, France with Arab World Ministries and the Presbyterian Church in America, working with North African Muslim immigrants. From 1999 to 2013 John taught Practical Theology at Westminster Theological Seminary in Glenside, Pennsylvania.

John holds a B.A. in Greek and Christian Education from Belhaven College in Jackson, MS (class of 1973), an M.Div. from Reformed Theological Seminary in Jackson, MS (1977), and a Ph.D. from Trinity Evangelical Divinity School in Deerfield, IL (2006). His dissertation is entitled: Oasis: An Ethnography of a Muslim Convert Group in France. John is an ordained minister in the Presbyterian Church in America.

When asked why he and Christy are committed to planting a church in the Mount Airy/Chestnut Hill section of Philadelphia, John replies, “We want to see all of the promises of God come true in a community of people. We want to be part of a church that is deeply committed to God, to one another, our neighborhoods, and the world.”

John retired as our senior pastor in October of 2022.

Jonathan Richardson is an Alabama native. He graduated from the University of Alabama Huntsville with degre 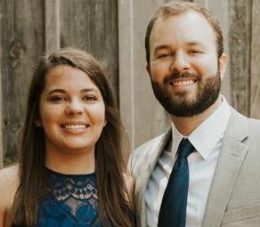 es in Information Technology and Philosophy and not long after married his best friend, Caitlin Trotter in January 2014. His call to the pastorate began in college ministry with Reformed University Fellowship in at Belmont University in Nashville. He moved to Philadelphia in 2017 to start at Westminster Theological Seminary and graduated in May 2021. He’s worked at Cresheim Valley Church since 2018 as an administrator, youth director, assistant to the pastor, and now as an assistant pastor expected to be ordained this winter. He and his wife, Caitlin, first moved to Mt. Airy for several years, but now live in Manayunk and love being in Philly, eating good food, hiking, camping, and great movies.

Scott Anthony began his piano studies at age 4.  At age 10, he joined the American Boychoir, touring the US and Canada.  After continuing piano and organ lessons throughout high school, he was admitted to the Peabody Conservatory.  There he studied organ with Donald Sutherland, and piano with Nancy Roldan, then transferred to Catholic University of America.  He received his Bachelor of Music Degree in Piano Performance from Catholic University, studying with Emmy-winning artist Marilyn Neeley.  Scott also attended the Brevard Music Festival under fellowship and studied there with Bruce Murray.  More recently, he has studied with Harvey Wedeen at Temple University, where he received his Master’s in Piano Performance.   Scott has worked with other notable artists as well, such as John O’ Conor, Julian Martin, and Ivo Kaltchev, and coached in harpsichord with Joyce Lindorff at Temple.  He has also been the Music Director for the 2013-14 season at the Media Theatre, and currently coaches and teaches and performs in venues such as the Union Leaugue, Jacobs, and the New Leaf Club.