There are four streams that  came together to form Cresheim Valley Church. First, Christy and I taught a Sunday School class for young married co 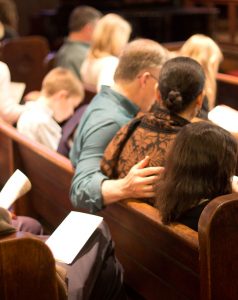 uples at Tenth Presbyterian Church where many, who had children, had moved to the Mt. Airy/Chestnut Hill area, and desired to have a local impact on their community. A second stream grew out of the network of people who knew each other through Tenth Presbyterian Church, Phil-Mont Christian Academy, Westminster Theological Seminary, a neighborhood dinner gathering in Glenside called Pizza Night, and a Bible study at Bev and Collier Kirkland’s home. Third, We felt we should plant a church for people who were either not being reached or could not find a church home. Lastly, there were others who, over the years, expressed a need for a new church and asked if I would be interested in being their pastor.

In May 2006, I met with Tenth’s senior minister, Dr. Philip Ryken, to discuss the possibility of planting a church in the Mt. Airy/Chestnut Hill part of the city. Phil was encouraging and we made a formal proposal to Tenth’s Church Planting committee. The committee agreed, and the session approved the start of a new church in Cresheim Valley. On July 13, 2006, I preached at Tenth’s morning services and announced our plan to the congregation.

Every Sunday night that August, we met in our home for prayer with all those interested in this new church plant. The last week of August, Steve Goddard led a Vacation Bible School and for the closing service the children shared what they had learned and we concluded the evening with  a very moving communion service. Seventy people were present.

Throughout the fall of 2006, we held a Sunday school class at Frank and Barbara Harder’s home in Philadelphia. The class had two purposes: providing an opportunity for those interested to learn more, and casting a vision for what we wanted the church to be like. In the Providence of God, a friend showed me the Masonic Lodge building on Germantown Avenue in Chestnut Hill. I knew immediately it was a great place to begin. We held three evening services in the fall of 2006, and each were well attended. Nick Altman became our pastoral intern that October to work with our young people. 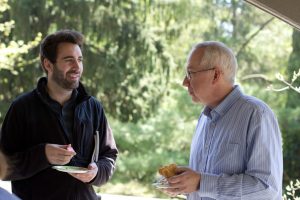 morning worship service was held on January 7, 2007 and we were commissioned on February 18 at Tenth Presbyterian as a daughter church. Heather Nelson joined our staff in June 2007 to assist us in outreach and women’s ministry. In August her husband, Seth also joined our team as a pastoral intern, providing administrative oversight. We elected our own officers on April 20, 2008: Elders Al Chapman, Mike Erickson, Roger Hoover and Collier Kirkland; Deacons Craig Claudin and Walt Sommers; and Deaconesses Suzanne Erickson, Harriet Mola, Robin Sommers and Victoria Yancey.

I often speak of five “F” values that I want our church to express. The first is “Fun.”  We want our fellowship and worship filled with Godly joy. The second “F” is Freedom. We want to be a church where people are free to follow the Lord as He directs them, understanding grace and not being bound by law. Third, we want to be “For” others. We want to demonstrate a unity and love among Christians before the wider community. We do not want to define ourselves by how we are different from other Christians. Fourth, we want to be “Faithful.” We want to be faithful to God’s Word by holding to orthodox Christianity, and we want our lives to conform to the teaching of God’s Word. Fifth, we want to be “Family.” We want to be able to count on one another, to be there for each other so that no matter what you may be facing you are never alone.

My prayer is that we will be a church that celebrates grace and engages life, that serves  our Lord and  the people of Mt. Airy and Chestnut Hill for the Glory of God and the Honor of Christ. 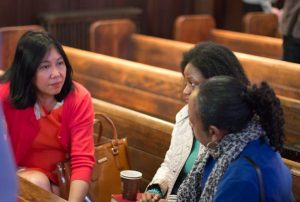 We would love for you to join us!

Written May 11, 2008 for the Particularization Service of Cresheim Valley Church